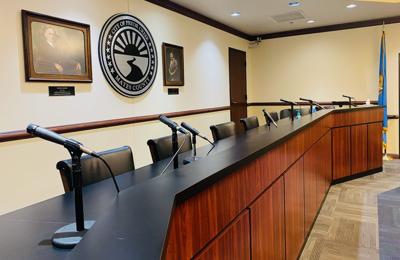 A meeting of the Pryor City Council began at 6 pm Tuesday, January 17, 2023. City Council meetings are live streamed on the city's YouTube channel, and held at City Hall in the Council Chambers.