You have permission to edit this article.
Edit
Home
News
Sports
Community
Obituaries
Classifieds
Share This
1 of 2 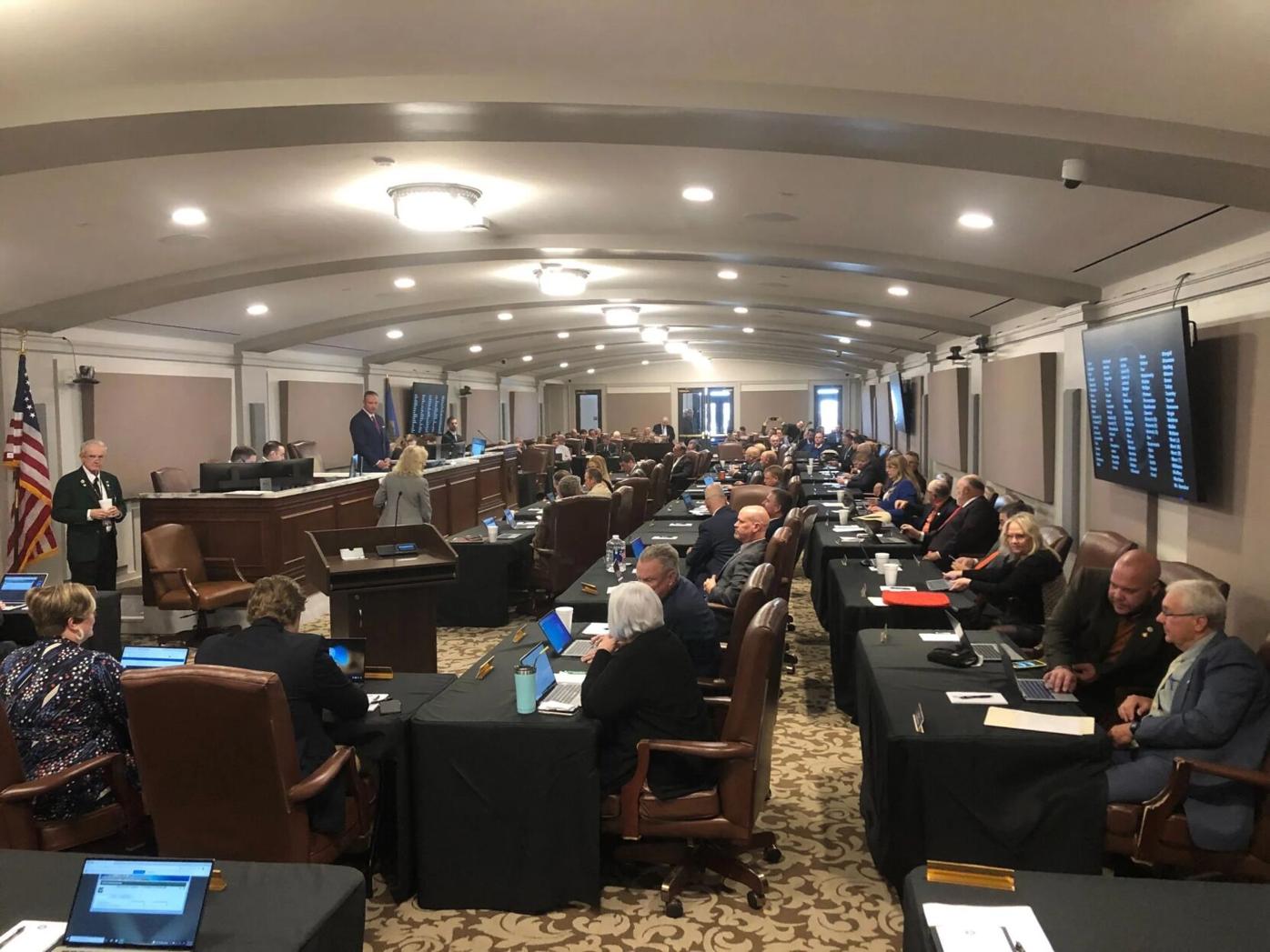 Oklahoma lawmakers gathered for the first day of the 2021 special session on Monday. Lawmakers are in session to finish the state's redistricting work. (Whitney Bryen/Oklahoma Watch)

OKLAHOMA CITY, Oklahoma - A divided Legislature passed a new congressional map Friday that could transform Oklahoma’s political landscape for the next decade.

Lawmakers ended the weeklong 2021 special session by approving three redistricting plans and sending the trio of bills to Gov. Kevin Stitt, who is expected to sign them.

Although the state House and state Senate legislative maps passed with at least some bipartisan support, the congressional redistricting proposal split the two parties with all Democrats voting against it.

Oklahoma’s 5th Congressional District, which currently covers most of Oklahoma County and all of Pottawatomie and Seminole counties, has been the state’s only congressional district that has seen competitive races since 2012.

But by carving out Democratic leaning parts of the district and replacing them with more conversative areas in Lincoln County, the southern portion of Logan County and eastern portion Canadian County, the district will give Republicans more of an edge than in the past.

Currently, Republicans hold an advantage in the 5th District in a partisan lean score developed by Dave’s Redistricting App, a program the state provided to allow users to submit maps to the Legislature, with 52.4% of the district leaning Republican. The proposal unveiled last week would increase that lean score to 58%.

Over nearly four hours of legislative debate and questions on the House or Senate floor, Democrats made the case that this map in particular is bad for the party, voters and the state at large. Republicans, meanwhile, claimed they oversaw one of the most transparent, inclusive and fair redistricting processes in the state’s history.

Here’s what lawmakers have to say about the new boundaries that will likely be in place for the next 10 years:

On Moving Hispanic Voters out of the 5th Congressional District

Rep. Jose Cruz, D-Oklahoma City: “These maps make it exponentially harder for (Hispanics) to get the representation we should have. Oklahoma is changing and these maps are an unconstitutional attempt to silence minority voices. It’s telling us to play by the rules of the game, but you make the rules.”

Rep. Colin Walke, D-Oklahoma City: “We can all see gerrymandering in this particular instance. Why? Because a Democrat (Horn) for the first time was elected (in the 5th Congressional District), and (Democrats) had the opportunity to actually represent a congressional district in this state. And it was abundantly clear that the majority party wasn’t going to happen again. And while I have no doubt that somebody wasn’t sitting there looking at the numbers of Democrats versus Republicans while literally drawing this map, I think we’d all be naive to assume that there weren’t political influences outside of this building dictating what happens inside of this building.”

Rep. John Pfeiffer, R-Orlando: “We do like to fight about the change and the things that have changed. But the truth be told, although our population has increased, this map hasn’t changed that much. That’s why 87% of the population stays the same. I think we found ourselves at a crossroads, at least I have, with people saying you didn’t listen to me. And what they really mean is you didn’t do exactly what you wanted me to do.”

Could the Process Have Been More Transparent?

Rep. Ryan Martinez, R-Edmond: “We had 30 town halls across the state. We listened to anyone who showed up regardless of what their comment was, what it sounded like, what they looked like, where they were from and what their party affiliation was. They were welcome to come and give comments. It was a process that was long, tedious but important. This is truly a map that belongs to the people.”

Minority Leader Emily Virgin, D-Norman: “I commend the chairman and the (redistricting) staff for seeking out that public comment and publishing it. But the fact of the matter is that public comment didn’t happen at a very crucial time, and that was after this congressional map was released to the public. We should’ve had a public hearing on these maps. We should’ve had a time when people could come and give their input. I don’t know why we didn’t do that. Maybe it was a foregone conclusion that these maps would pass, I don’t know.”

Should Oklahoma Move to a Citizen-led Redistricting Panel?

Virgin: “We have proven that politicians shouldn't be involved in this process. Now you might hear some folks say, well, that's undemocratic because we elected representatives and we elected people to make these decisions. And that's true, but that doesn't mean that if an independent commission was in charge, we would still run and have an election every two years. We just wouldn’t have this political influence.”

Martinez: “I think that this process was fair. It was open. People got to have their say and the public drew these maps. The process that we used for the state legislative maps is the exact same process though as the congressional maps. I didn't hear anybody complaining. Actually. I heard that people are commending the process on the House maps. So if it works for that one map, why does it not work for the other?”

Trevor Brown has been an Oklahoma Watch reporter since 2016. He covers politics, elections, health policies and government accountability issues. Call or text him at (630) 301-0589. Email him at tbrown@oklahomawatch.org. Follow him on Twitter at @tbrownokc