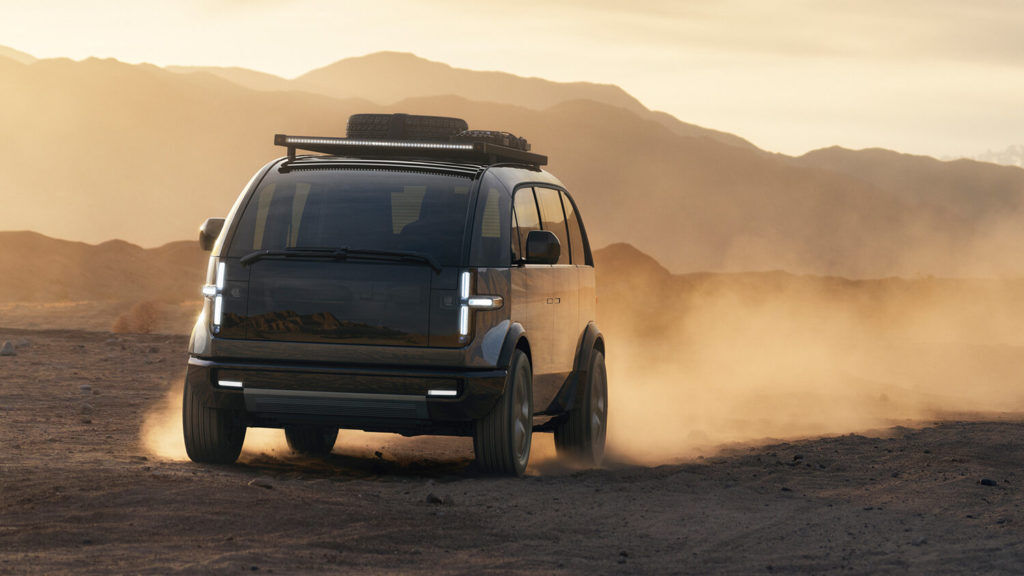 Canoo expects to introduce a fully electric lifestyle vehicle to the market in late 2022. PHOTO PROVIDED 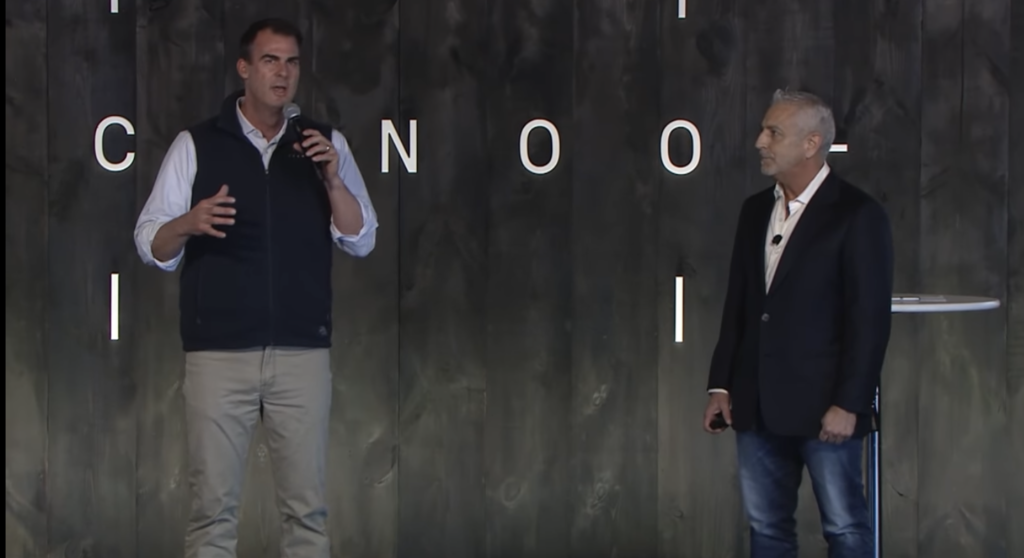 Gov. Kevin Stitt made a trip to Texas Motor Speedway near Dallas in June to appear on stage with CEO Tony Aquila at a special event for Canoo investors in June. YOUTUBE 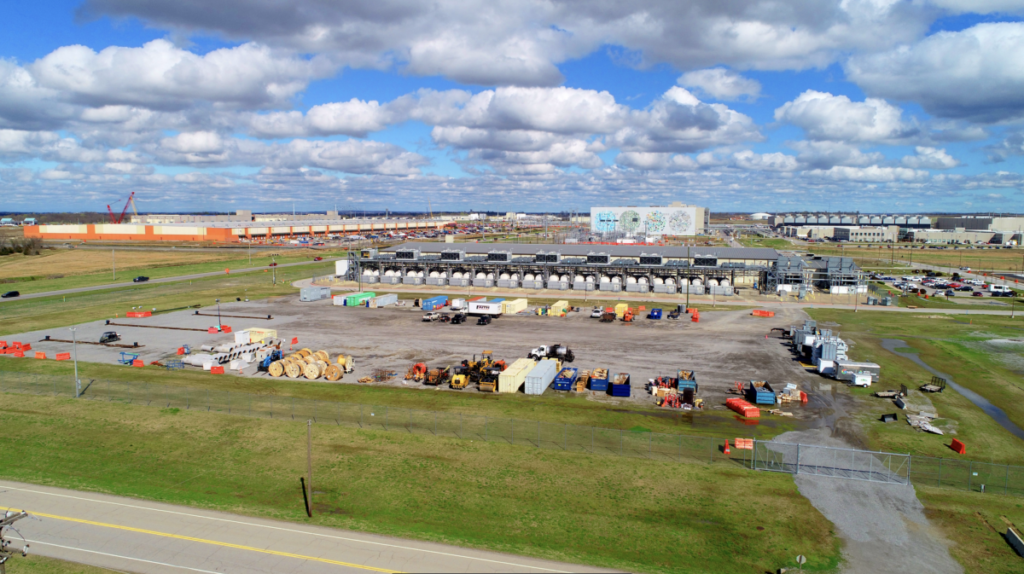 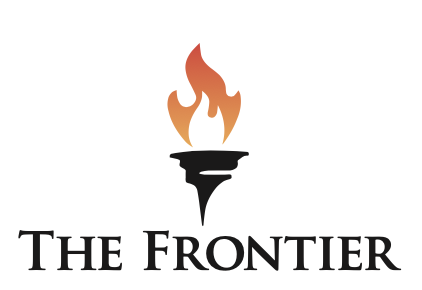 PRYOR, Oklahoma - Gov. Kevin Stitt and Canoo Inc. CEO Tony Aquila shared slaps on the back and a hug as the crowd applauded when the electric vehicle announced it would build its first factory in Oklahoma.

“We are committed to make you the next Henry Ford of EV vehicles,” Stitt told Aquila, an entrepreneur in stonewashed jeans and a blazer who became Canoo’s CEO in April after a series of management shake-ups at the company.

The governor made a trip to Texas Motor Speedway near Dallas in June to appear on stage with Aquila at a special event for Canoo investors. Aquila watched as the governor scrawled his signature on a sheet of paper after announcing plans for the factory.

But it was all for the audience, Stitt’s communications chief Charlie Hannema said after the event. The paper Stitt signed was not legally binding and state officials never received a copy of the executed document, according to the Oklahoma Department of Commerce. Canoo’s deal with the state hasn’t been finalized yet.

“That was more for show than substance,” Hannema told The Frontier. “It could have been a blank sheet of paper for all we know.”

Canoo has yet to turn a profit and its electric vehicles are still in development, but Oklahoma has offered the company a package of incentives valued at $300 million to help build a factory at MidAmerica Industrial Park in Pryor and create as many as 2,000 new jobs.  If the venture is successful, Canoo could help make Oklahoma a new hub for electric vehicle manufacturing, but the company’s strategy is still unproven.

The Department of Commerce claims the incentives the state has offered Canoo are “performance-based,” meaning the company will not receive any money until it creates new jobs or meets other performance goals. But The Frontier obtained documents through an Open Records Act request that show some of the incentives that the state-run MidAmerica Industrial Park has offered Canoo are up-front items, including up to 400 acres of land valued at $16 million and site development worth millions more. The letter also mentions a $15-million cash incentive the state of Oklahoma has offered Canoo for infrastructure. Because the state has yet to finalize any contracts for incentives with Canoo, it’s still unclear how payments to the company would be structured and whether any of the cash would be up front money. Many of the details of Canoo’s plans, dubbed “Project Ragnarök” are subject to a confidentiality agreement with the Oklahoma Department of Commerce.

A letter MidAmerica sent to Canoo on June 16 offered the company incentives valued at $99.3 million. Along with free land and infrastructure, the letter offered the Canoo $1.4 million in cash for workforce training and discounted utility rates, among other items.

The items MidAmerica outlined in the letter are on top of millions more in tax breaks and other incentives the state of Oklahoma has also offered Canoo.

The Oklahoma factory is an important part of Canoo’s business strategy, which has recently evolved. The company initially planned to sell its technology to other automakers as a key part of its business plan as well as offer an electric van, called a Lifestyle Vehicle, to consumers on a subscription basis. But Canoo announced earlier this year that would focus more on making and selling its own vehiclesafter several top executives exited the company and a partnership with Hyundai fell apart. The company plans to partner with the Dutch manufacturer VDL Nedcar to deliver its first 500 to 1,000 vehicles in late 2022.

Canoo is also one of at least three electric vehicle startups under investigation by the U.S. Securities and Exchange Commission after going public through deals with blank-check investment vehicles known as special purpose acquisition companies.

Federal regulators are investigating many aspects of Canoo’s operations including its “business model, revenues, revenue strategy, customer agreements, earnings, and other related topics,”  the company disclosed in regulatory filings.

The company did not respond to an interview request or written questions from The Frontier. Canoo has characterized the investigation as a “fact-finding inquiry,” and said in regulatory filings that the Securities and Exchange Commission has not determined that anyone has broken the law. The company also said in the filings that it is cooperating with the investigation.

Greg LeRoy, executive director of the economic development policy group Good Jobs First, reviewed MidAmerica’s offer and said that up-front incentives outlined in the letter could be risky investments if Canoo’s business plans don’t pan out. Many electric vehicle startups have popped up over the past few years, each hoping to become the next Tesla, but not all will be successful, he said.

“This strikes me as a really large local-government outlay for a company with no track record in a market with a lot of new entrants,” LeRoy said.

In theory, some of the infrastructure MidAmerica has pledged to build for Canoo could also benefit other companies at the industrial park, he said.

Some of the road work and other infrastructure MidAmerica has offered were already part of the industrial park’s long-term plan for growth, but it’s speeding up construction for Canoo, said David Stewart, chief administrative officer of MidAmerica Industrial Park.

Officials with the Department of Commerce and MidAmerica Industrial Park said they couldn’t discuss specific incentives or the terms of the Canoo deals because the contracts haven’t been finalized yet. Both entities said the deals will be subject to the company meeting certain terms and performance measures. Many incentives could include clawback measures to protect the state and MidAmerica if Canoo doesn’t hold up its end of the bargain, they said.

​​”We don’t just give them the land without being comfortable that they’re going to do what they say they’re gonna do,” Stewart said.

A self-sustaining state trust operates the 9,000-acre MidAmerica Industrial Park, which hosts operations for Fortune 500 companies including a DuPont processing plant and Google data center. The incentives MidAmerica has offered Canoo will not come from state-appropriated funds, but from money the industrial park generates from things like fees and utilities, Stewart said.

Department of Commerce spokeswoman Amy Blackburn said in a statement that the agency uses economists to examine industry conditions and vet companies before approving incentives.

While the Department of Commerce said it would take “several months” to finalize incentive contracts with Canoo and Stewart estimated it would take 90 days to complete its agreement, the company has said it anticipates having access to some of the money in the fourth quarter of this year, before it fills any orders for vehicles or hires factory workers in Oklahoma.

Ramesh Murthy, Canoo’s chief accounting officer, said during an Aug. 16 earnings call that the company plans to “draw down $40 million” of its $300-million Oklahoma incentive package to support the construction of the new factory by the end of this year.

“Launching this facility in the U.S. is good for Oklahoma, good for America and it’s the right thing to do for Canoo,” Aquila said during the call.

Aquila also said on the call that Canoo would have access to about a third of the $300 million incentive package “during the first 36 months” and the company was in the final process of selecting a construction manager, architect, and engineering firm for the factory.

The Department of Commerce said it was “not aware” of any plans Canoo has to access any of the incentives it administers. Stewart declined to talk about comments Canoo executives made on the earnings call.

Oklahoma seeks to become a hub for the electric vehicle industry

President Joe Biden has set a goal to make half of all new vehicle sales electric or plug-in hybrid by 2030.

The electric vehicle industry is poised for major growth over the next decade, and landing one manufacturer is often the key to attracting other companies, Stewart said.

“It’s a very logical progression of an industry and the benefits it can bring to Oklahoma are significant and long-lasting,” he said.

He pointed to Oklahoma’s aerospace sector, which is now one of the state’s fastest-growing industries because of the presence of big companies like American Airlines and Boeing.

“With Canoo, what it’s going to bring in is a whole host of supporting cast members,” he said.

In the summer of 2020, Tulsa was in the running to become the site of a new $1.1-billion Tesla factory. But the company chose Austin, Texas instead, aided by $60 million in local tax breaks. Tesla later announced it would also move its corporate headquarters to Austin.

As Tulsa’s chances to land the Tesla factory waned in June 2020, then-Oklahoma Secretary of Commerce and Workforce Development Sean Kouplen asked CEO Elon Musk to take a phone call from him and the governor in hopes of changing his mind, according to emails The Frontier obtained through an open records request.

“This decision could literally change the trajectory of Oklahoma forever and we just want to make sure you have all the facts before making a final decision,” Kouplen wrote. “Our entire state is so excited.”

A group of Tesla devotees had painted the 75-foot Tulsa Driller statue to resemble Musk. A local production company shot a parody television ad to promote the city. Musk agreed to the phone call but only “out of respect,” he wrote.

“The fundamental problem I have is getting people to move out of California. Austin is one of the

few places to which they will move,” Musk said in an email. “Down the road, it could make a lot of sense to do something major in Oklahoma, but I need to pry a lot of my team out of California first.”

Two weeks later, Musk paid a visit to Tulsa. The governor arranged to meet Kouplen at the Tulsa Hard Rock Hotel and Casino so he could arrive at the proposed factory site in a Tesla vehicle to visit with Musk, according to emails.

While Oklahoma ultimately wasn’t able to persuade Musk, it did attract Canoo.

Even Tesla was once a startup, Jackson said.

“Everybody laughed at them in 2012 and look where they are now,” he said. “You have to start somewhere.”

The Frontier is a nonprofit newsroom that produces fearless journalism with impact in Oklahoma. Read more at www.readfrontier.org.

Canoo has yet to turn a profit and its vehicles are still in development, but Oklahoma has offered the company a package of incentives valued at $300 million to help build a factory in Pryor.