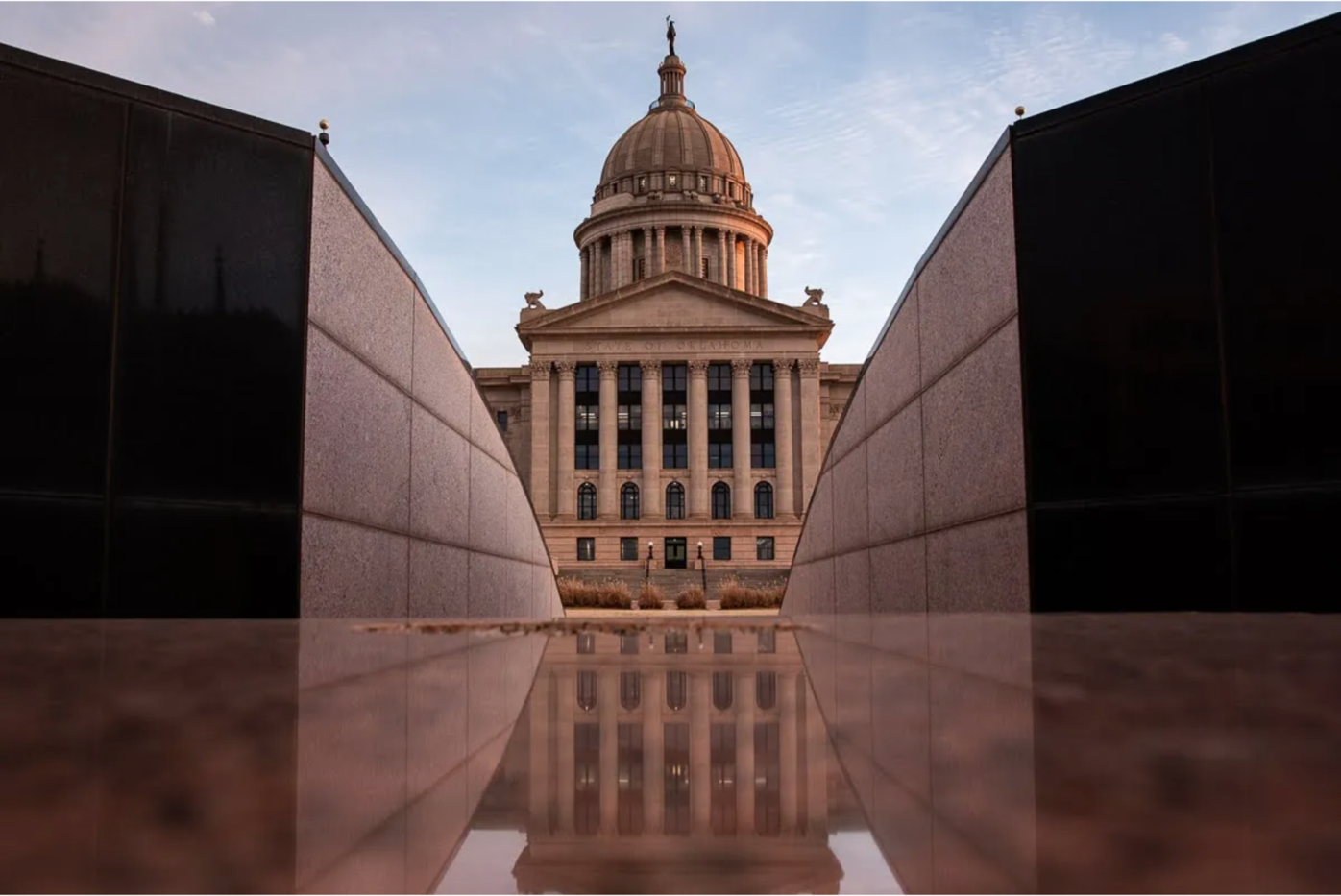 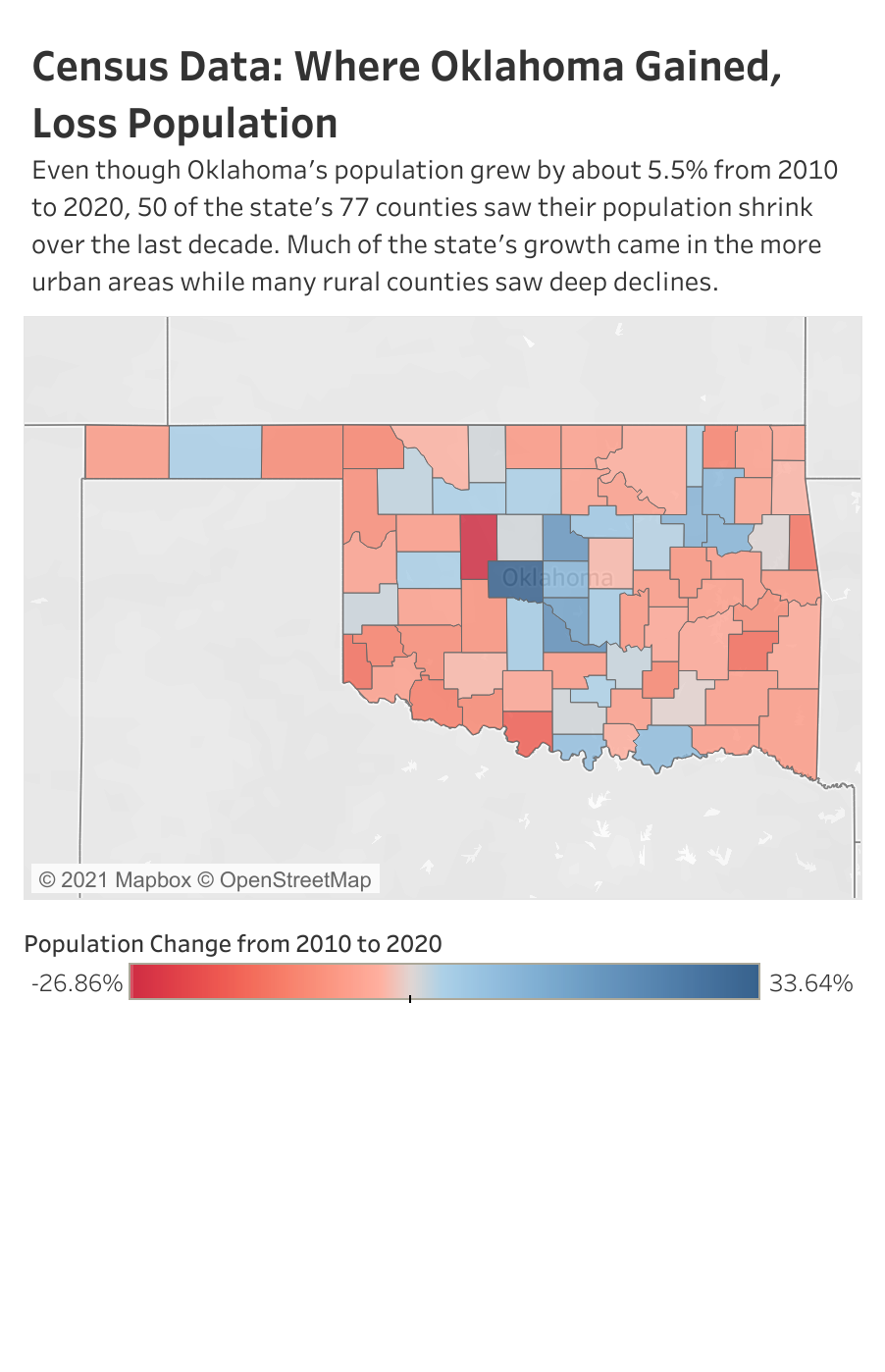 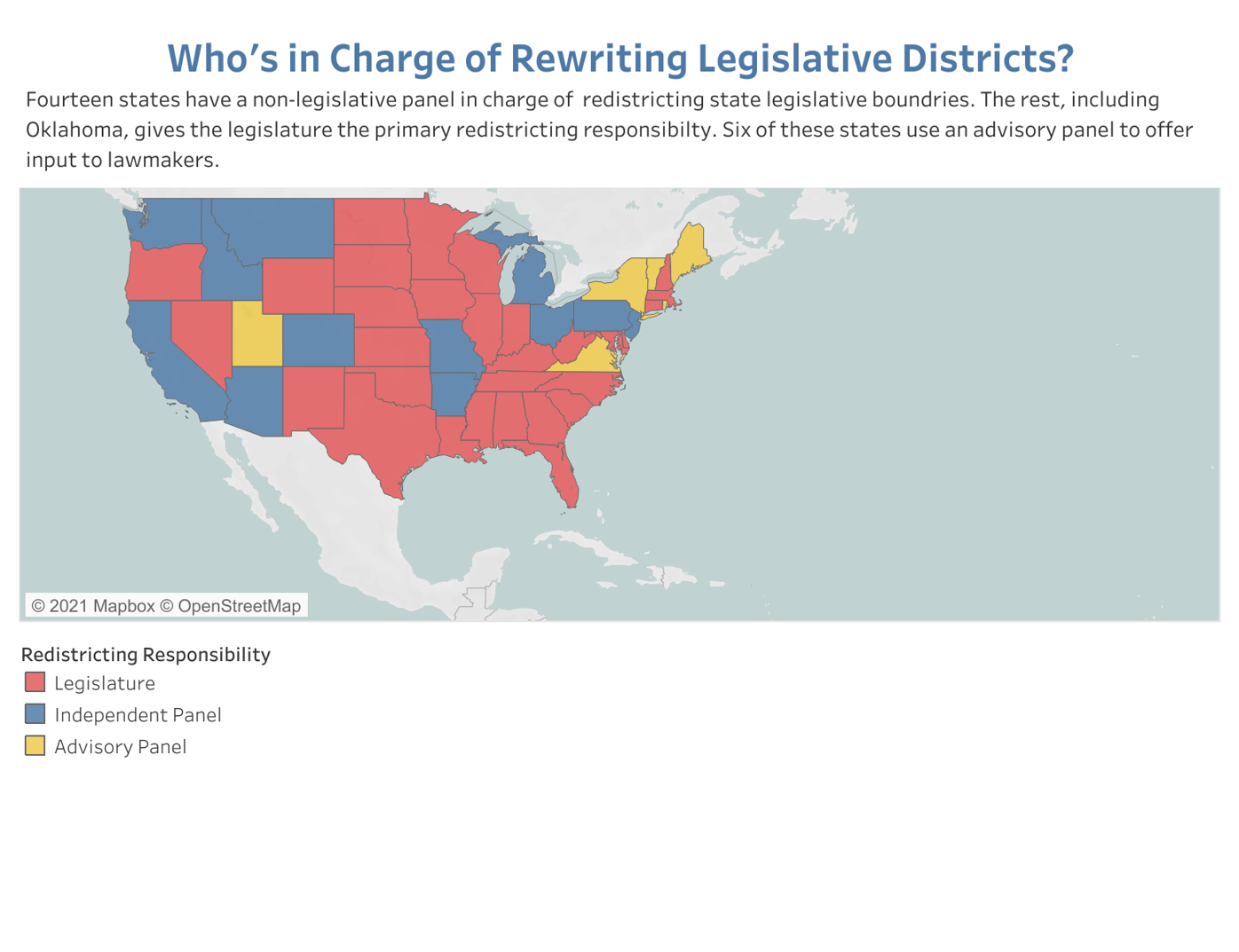 Lawmakers will be returning to the State Capitol this fall for a special session to carry out the once-a-decade task of redrawing legislative and congressional boundaries.

Gov. Kevin Stitt announced last week that he is calling lawmakers into a special session on Nov. 15 to solely focus on redistricting work that must be completed this year.

State officials originally hoped to finish months ago. A delay from the U.S. Census Bureau in delivering the data caused states, including Oklahoma, to scramble to finish in time for the 2022 elections.

The work will have far-reaching consequences. The final legislative and congressional boundaries will help define Oklahoma’s political landscape and, depending on how the lines are drawn, could give one party an advantage in key parts of the state.

Here’s what you need to know about the next steps, what lawmakers are facing and how the public can weigh in.

State Population Growth Will Cause Shifts

Oklahoma lawmakers will be representing a much more diverse, urban-centric and larger population than in the past.

The new Census data, which was finally published in August, revealed that Oklahoma grew its population by more than 200,000 since 2010. The state’s 5.5% population growth (compared to 7.4% growth nationwide) wasn’t enough to give Oklahoma another congressional seat.

In some cases, residents won’t see too many obvious changes when the districts are redrawn, although their legislative or congressional district might shrink or expand somewhat. Others could see larger changes as lawmakers might need to move entire districts, at least on the legislative side, or adjust the lines in a way that will give voters new representatives in 2022.

What Lawmakers Have Done So Far

Lawmakers won’t be starting from scratch when they return to the Capitol in November.

A clause in the state’s constitution required them to pass a legislative redistricting plan during the general session, which ended in May. Though final Census data wasn’t ready, they relied on estimates and will now revise with the new data.

But plans passed earlier this year offer a glimpse at potentially far-reaching changes.

To account for population growth in Oklahoma City, the Senate’s plan moved District 18 — which currently covers parts of Cherokee, Mayes, Muskogee, Tulsa and Wagoner counties — to parts of Canadian and Oklahoma counties.

The Legislature’s state House plan also follows suit by moving District 36 — which covers parts of Tulsa and Osage counties — to eastern Oklahoma County along with the northwestern corner of Cleveland County.

Rep. Ryan Martinez, R-Edmond, chairman of the House State and Federal Redistricting Committee said they will need to make changes to the House and Senate plans now that the final Census data is available.

“Statewide population in the final Census data was generally within estimates, but some individual House districts did see deviation beyond the estimates,” he said. “The final map after adjustments should still be substantially similar to the excellent map enacted with overwhelming bipartisan support in the regular session.”

What About Congressional Seats?

The state’s constitution does not include a deadline for the completion of the congressional maps so lawmakers did not pass a preliminary plan earlier this year.

That means the public hasn’t seen exactly what lawmakers have in mind for the five seats that represent Oklahoma in the U.S. House of Representatives.

Of notable national interest will be what happens to the state’s fifth congressional district held by U.S. Rep. Stephanie Bice, R-Oklahoma City. The district has easily been the most competitive the last four year with Kendra Horn, a Democrat winning the seat in 2018, before Bice turned the seat red again.

The other four congressional districts have easily been won by Republicans over the years. The last  Democrats other than Horn to win a congressional seat in the last 20 years are Brad Carson (2001-2005) and Dan Boren (2005-2013). They both held the state’s second congressional district, which covers the eastern part of the state. Rep. Markwayne Mullin, a Republican who currently holds the seat, won his last election with 75% of the vote.

It would take a big geographical shift for Democrats to gain an advantage, at least in the short-term.

Will Incumbent Lawmakers Be Redistricted Out of Their Seat?

Sitting lawmakers won’t have to worry too much about getting redistricted out of their current elected offices. The state House and Senate plans passed by the Legislature avoided moving non-term limited incumbents to a new district.

Besides, state law allows lawmakers whose district is moved to change residence with the intent of becoming qualified in the new district.

Potential political challengers, however, will likely be closely following redistricting work. Depending on how lines are drawn, candidates who file for office in April could be running for open seats or challenging an entrenched incumbent.

Who Will Decide Oklahoma’s Redistricting Fate?

Like most states, Oklahoma gives the Legislature the authority to rewrite the state’s legislative and congressional boundaries every 10 years.

A growing number of states — up to 14 now — have moved that power to independent commissions as a way to remove gerrymandering concerns or lawmakers drawing lines to serve their interests.

A statewide group, called People Not Politicians, attempted to get a state question on the ballot for Oklahoma to join these states. After facing lawsuits, pressure from Republican leaders and signature-collecting issues related to the COVID-19, the initiative was dropped.

That means that Oklahoma Republicans are largely in the driver’s seat with their party holding the governor’s office and significant majorities in the House or Senate.

If Democrats or others think maps are unfair or were gerrymandered to give one party an edge, they can seek a lawsuit. State and federal courts have been reluctant to override maps based on politics alone.

Can the Public Weigh in?

If the public wants to share input with lawmakers or submit their own redistricting map, time is running out.

The House and Senate have set an Oct. 10 deadline for the public map submission. The Legislature earlier this year partnered with Dave’s Redistricting App, a free redistricting mapping resource, that allows users to make their own maps and submit them to the Legislature.

With the site, users can see how the map would look under different criteria, including most proportional, most competitive, most compact and best minority representation and then make their own changes.

The Joint House and Senate redistricting committee will then also hold a public meeting on the week of Oct. 18 to consider the public submissions and hear other comments.

The public can also submit feedback directly to the Senate and the House on their respective websites.

Trevor Brown has been an Oklahoma Watch reporter since 2016. He covers politics, elections, health policies and government accountability issues. Call or text him at (630) 301-0589. Email him at tbrown@oklahomawatch.org. Follow him on Twitter at @tbrownokc