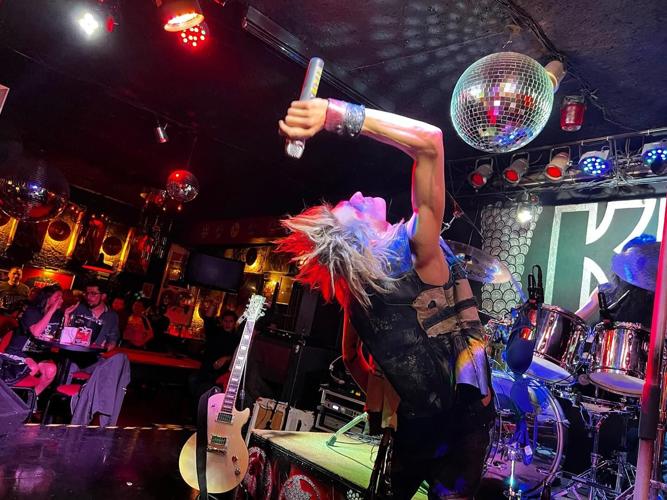 PRYOR, Oklahoma ~ Wildstreet will return to Rocklahoma for the 7th time on Friday night. Since their first appearance they have grown a legion of fans worldwide. Their third album '  III ' released via Golden Robot Records last June 2021 has reached nearly 2 million streams and their youtube channel has over 6 million views.

WILDSTREET is a band that began in 2006 and released their self-titled debut album on Retrospect Records in 2009.

In 2011, the band released Wildstreet II..Faster..Louder! to widespread critical acclaim, making an appearance on The Jimmy Fallon show, and licensing songs to TV shows on E!, MTV, VH1, Oxygen, TBS, and a THQ Video game. Later that year, the band released the official music video for “Poison Kiss” which included a cameo by Don Jameson of The Metal Show.

WILDSTREET now had the attention of rock fans worldwide and, in 2012, released the single “Easy Does It” and its official music video; it went viral on YouTube, adding to their 5+ Million views and 8,000+ subscribers on that platform alone.

After taking a two-and-a-half year break, and dodging rumors of a band breakup, WILDSTREET exploded back onto the NYC scene in 2016 — headlining Gramercy Theatre with a new line-up.

In early 2017, the band rocked NYC with Faster Pussycat and Biters, and headed to Rocklahoma for the sixth time before beginning work on their single, “Raise Hell.” Released in December 2017, the track ushered in a new period for the band; they headlined Irving Plaza for the single’s release party and were handpicked by Dorothy to open for her New York City tour date at The Bowery Ballroom.

WILDSTREET’s massive album ‘III’ has racked up over 1.8+ million streams on Spotify since its release in June 2021. After spending most of the year on tour in the US (100+ shows including Rockfest), the band also toured Europe, bringing their music to fans in Switzerland and France for the first time ever. They concluded the year by releasing their cover of “Mrs. Sleazy,” originally recorded by The 69 Eyes back in the 90s.