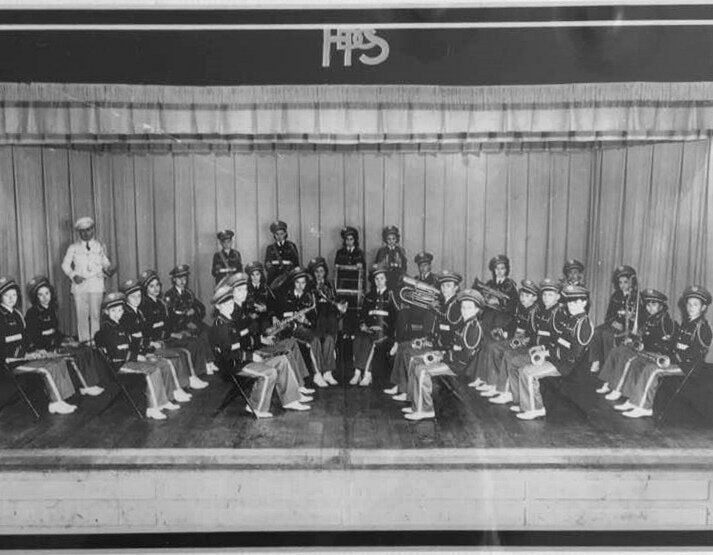 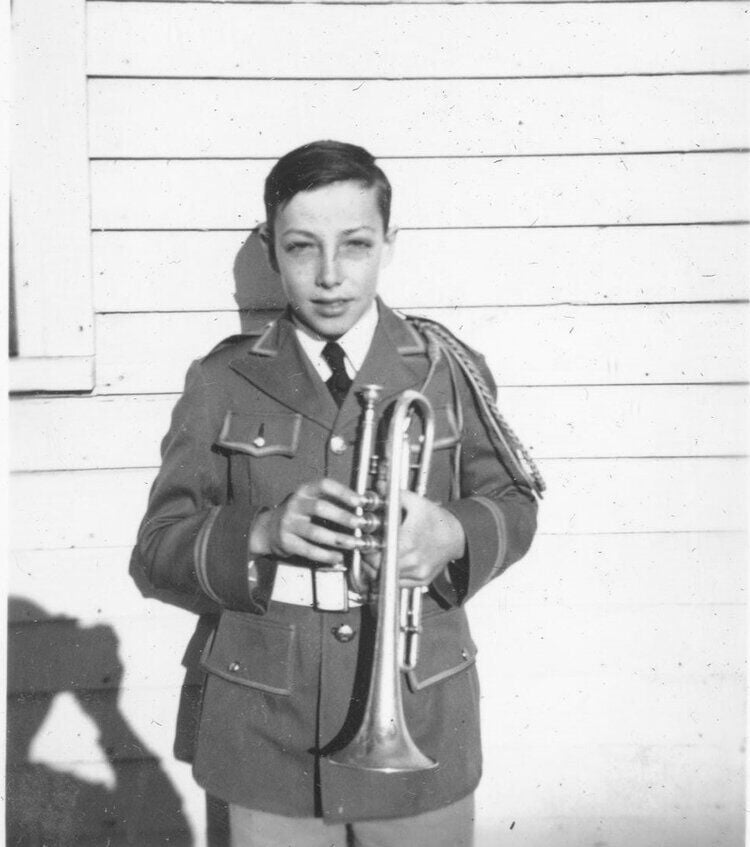 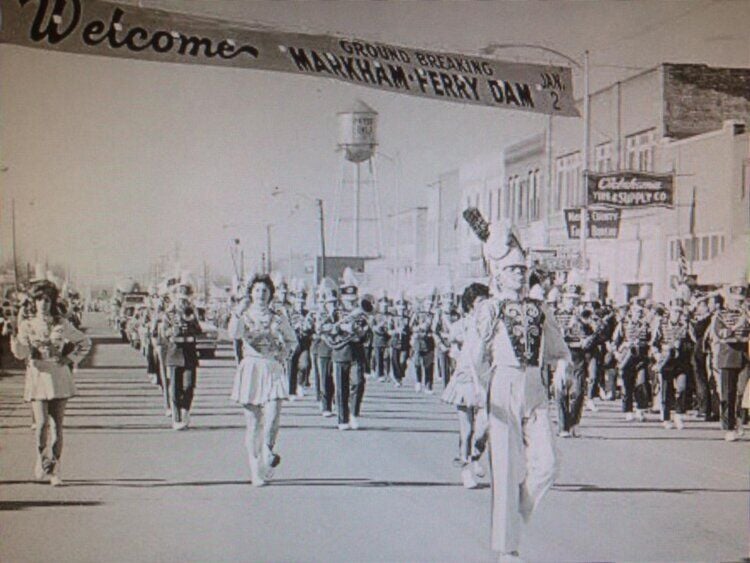 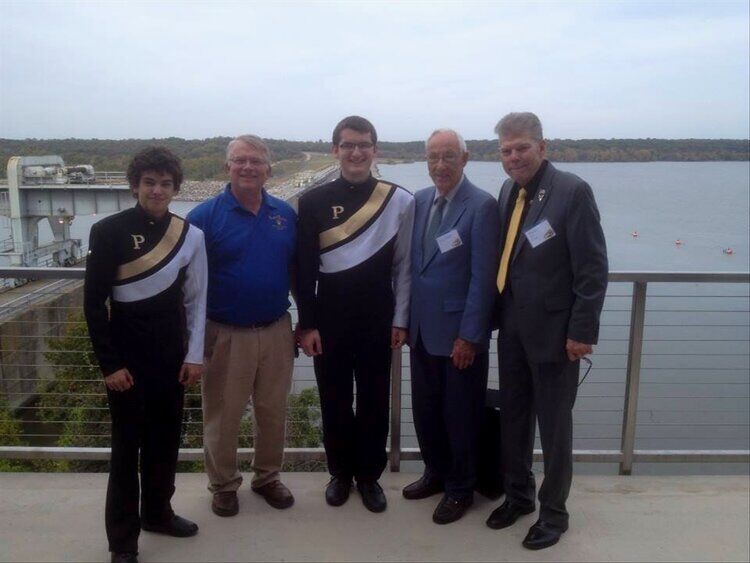 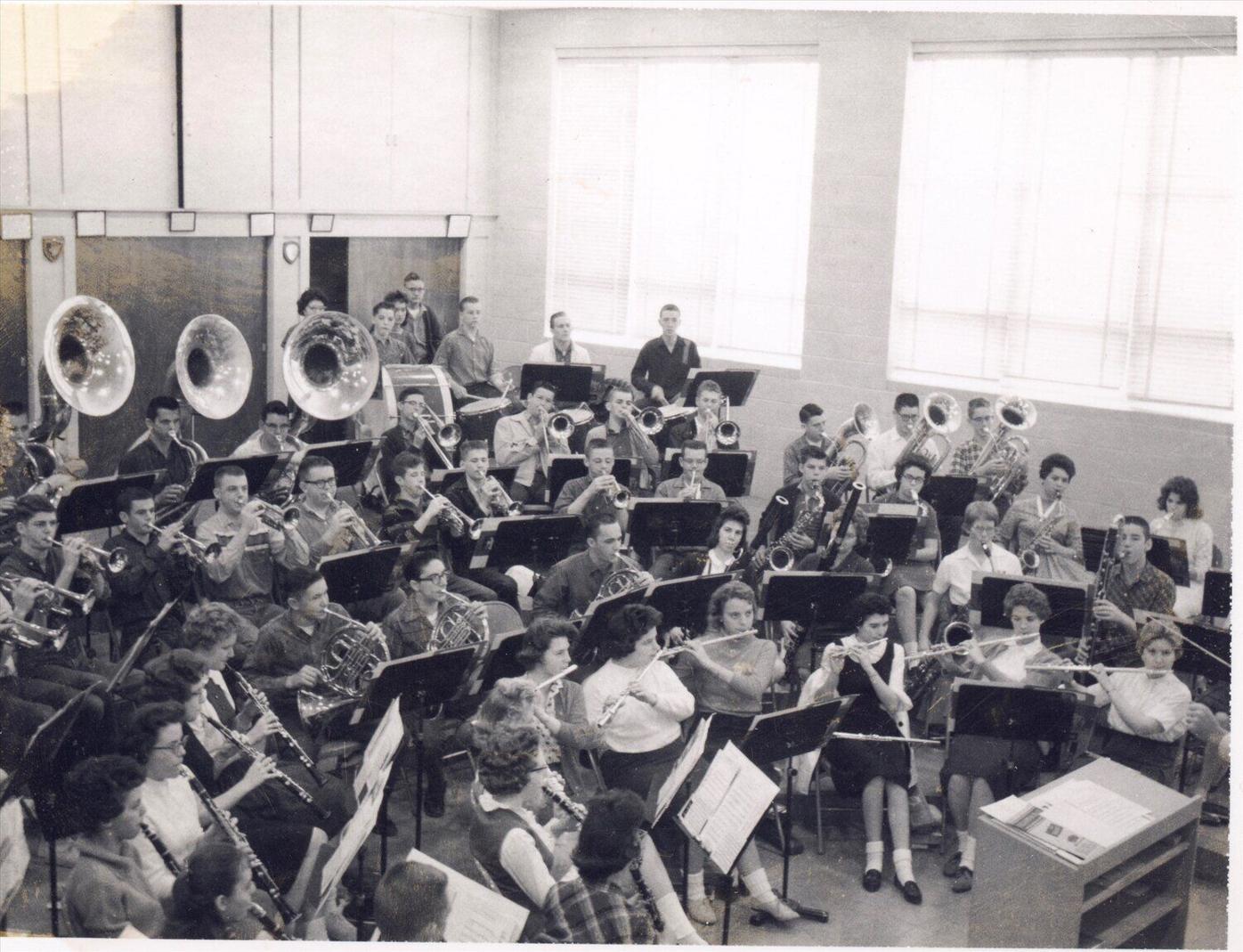 The old Band Room, near the Pryor Middle School. 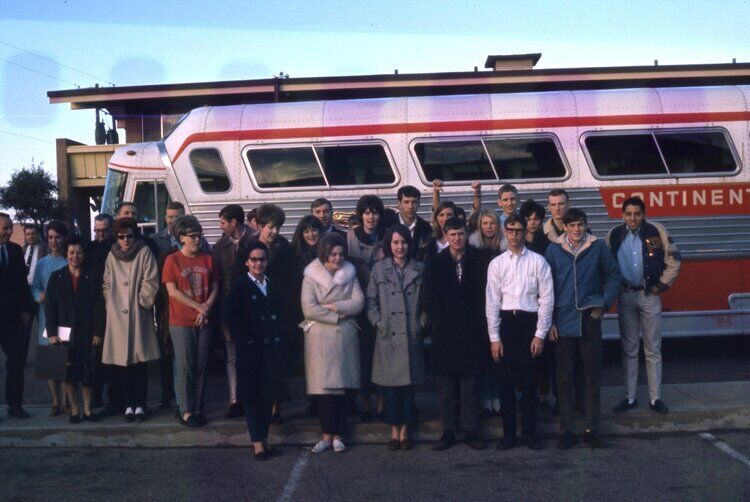 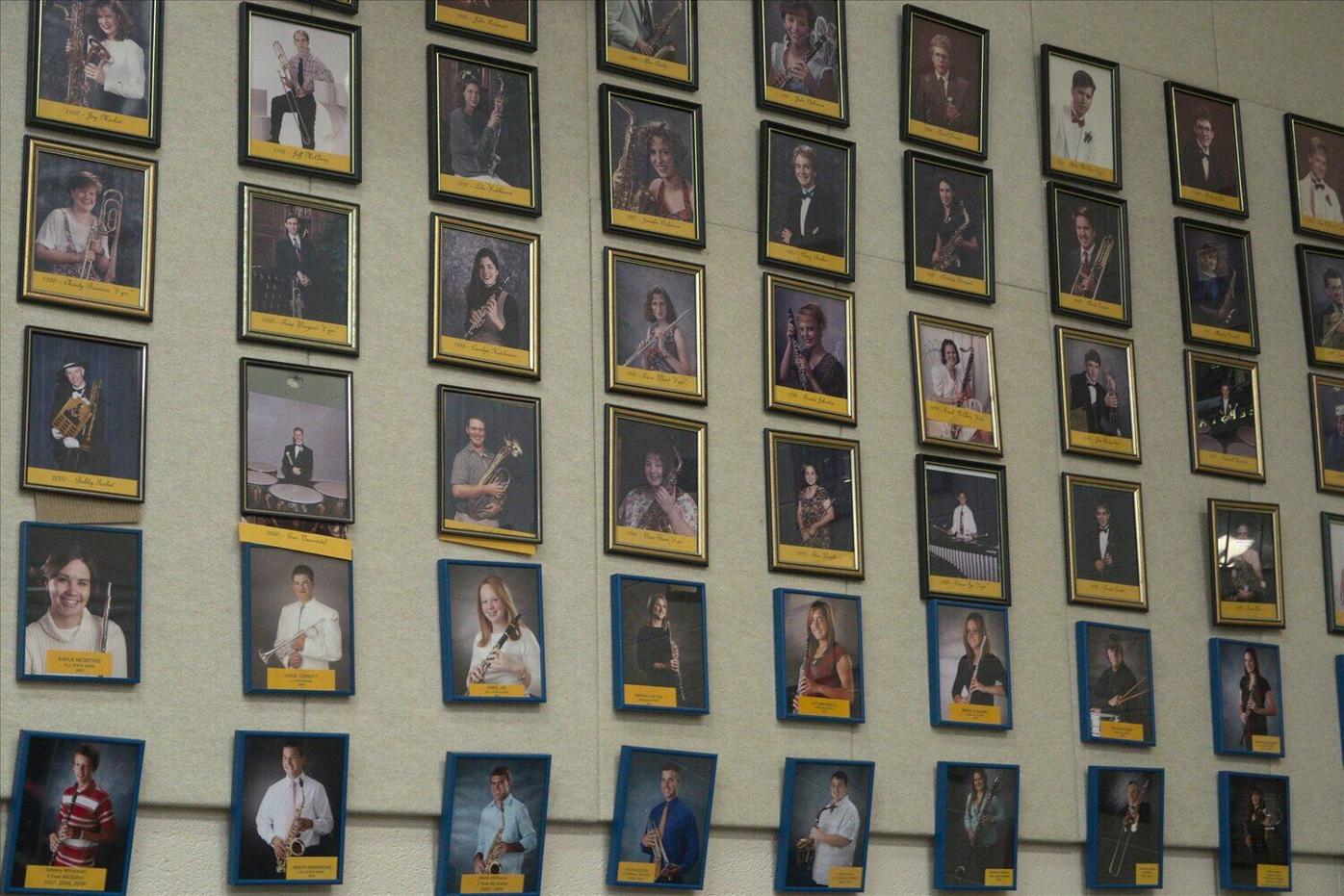 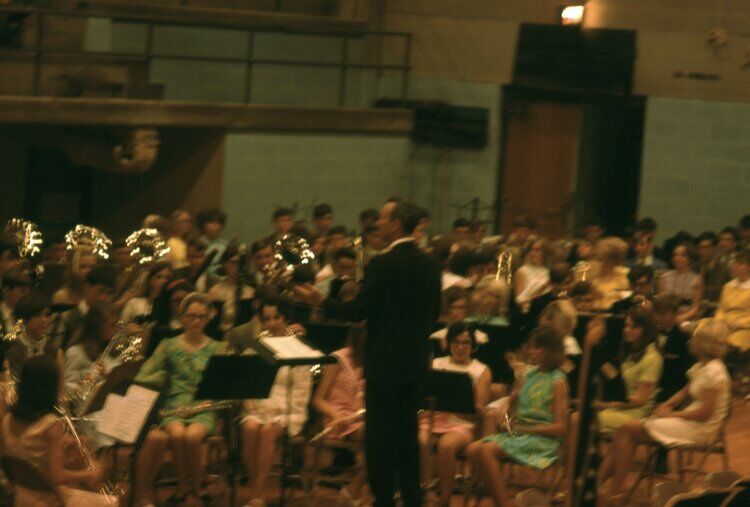 Some of the band concert were held in the old gym... 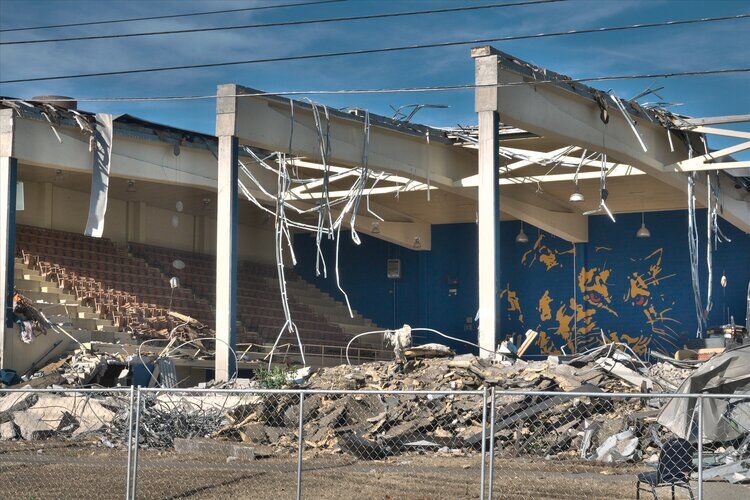 ...which was recently demolished. 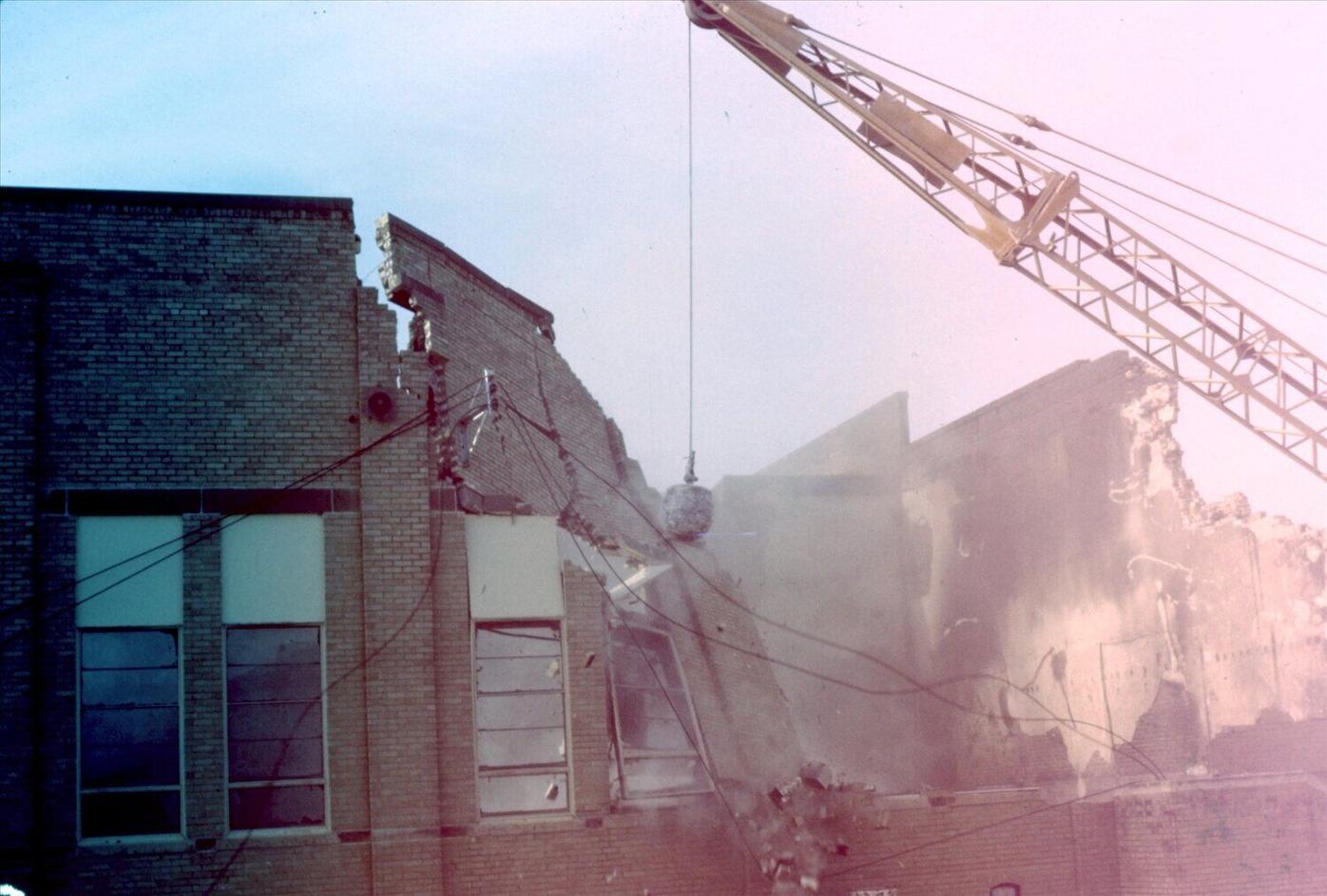 ...about 50 years after the old high school was demolished following a fire. 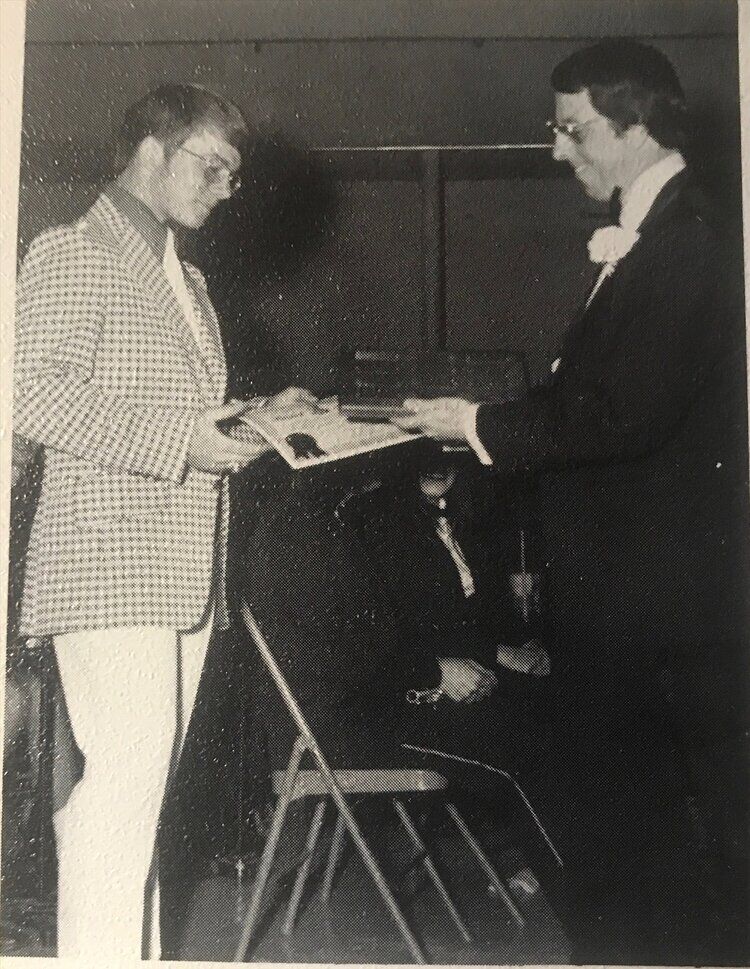 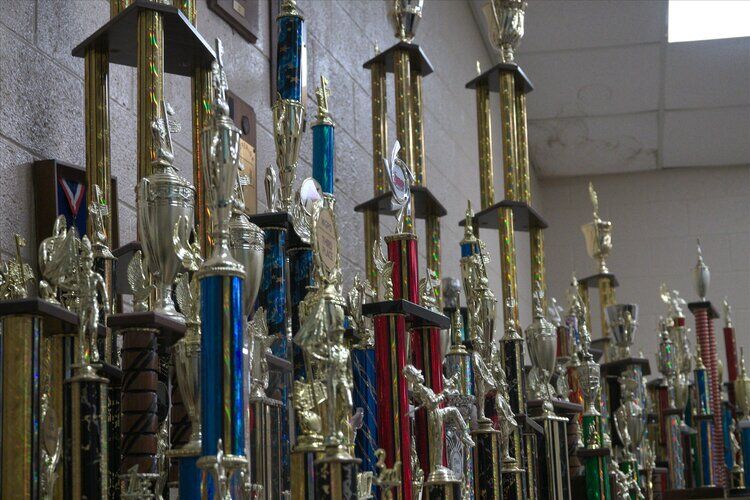 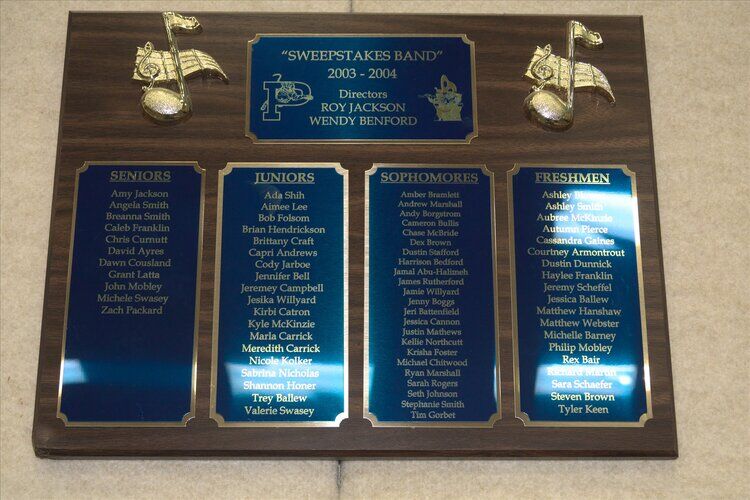 PRYOR, Oklahoma - Pryor High School has been around for about 102 years. Pryor High School Band has been around for 100 of those years. In 1919, Grand Canyon National Park was created. The first transatlantic flight was made (non-solo, not Lindbergh). Drinking alcohol was banned in the United States. Kappa Kappa Psi, the National Honorary Band Fraternity, was established at Oklahoma A&M College (now OSU) in Stillwater. Also in 1919 (or 1920?), some instruments were purchased for a new band at the recently organized Pryor High School.

Fast-forward 25 years, past the Depression and its recovery, up to 1945, a couple of weeks before Germany's surrender in World War II. We find Robert O. Williams directing the Pryor High School Band in the 1945 Spring Band Concert. George Tilly, who would later be the president of the First National Bank, played a trombone solo. Around the same time, Don Webster, a future Pryor Band director, was in the much smaller Deer Creek High School Band, along with Floyd Moyer, who would be band director at Fairfax, Idabel, and Okmulgee.

Jesse Mae Bewley was a pianist with the band from 1945 to 1948. She played a Chopin piece in the 1945 spring concert, Beethoven's Pathetique Sonata in 1946, and an original composition in 1947. She was drum major in 1948. Her father, Raymon Bewley, would later serve as mayor of Pryor. Among the band members of 1948 were John Wilkerson (percussion), Haskell Lee Gaither (clarinet), and Dick Cameron (cornet).

If you read through the concert programs you may run across a lot of names you recognize. For example, I was pretty surprised to learn that my junior high English teacher's daughter played one of my favorite Beethoven pieces, long before I was born. It's also interesting to see the music that was played then. Much of it is recognizable today.

In the 1964 coronation concert, Kenny Grass was a tenor sax player, drum major, All State Band member, John Philip Sousa Award winner, and the escort to senior attendant Judy Holt. He went into music education, was band director at Broken Arrow, then professor Kenneth G. Grass, Director of Bands at the University of Tulsa.

There are dozens of former PHS band members with interesting stories, but it would be pretty boring to list them all and I'd inevitably leave out the important ones. So I'll leave that as an exercise to the reader. Here are some old concert programs, most with a list of band members.

The Oklahoma All State Band is a highly prestigious group. Potential members play difficult, individual tryouts, and the large majority of those who tryout don't make it. There is a wall in the Pryor band room with photos of the All State Band members throughout the years. A few have made it for two or three years, but not many.

Marching contests have been held in Pryor, from time to time, at least since the 1960s. More recently Band Day has been held annually for quite a few years.

Here is a video of the 1969 Pryor High School Band in marching contests at Pryor. To finish each half time show, the band would go to the west end of the field and come out spelling PHS while playing the Pryor fight song (Notre Dame Victory March), and the crowd would always stand and clap. This was taken on 8mm film with no sound. It was really boring that way, so I added some music from the future (the Notre Dame Victory March), and some from the past (Sousa's band playing Stars and Stripes).

These are the Pryor High School Band directors for the past 75 years:

Roy Jackson, 1973 PHS graduate, was director for 33 years. He has been instrumental (pun intended) in building and keeping the Pryor Band the outstanding organization it is. He regularly helps with the band today. Among his hundreds of students were 10 of Don Webster's notorious grandchildren over a continuous span of 15 years, a testament to Mr. Jackson's endless patience and perseverance.

Here's a recording of Mr. Jackson's 2009 Pryor High School Band playing at the Meyerson Symphony Center in Dallas. It's an outstanding performance for a high school band.

If you have a chance, it's worth stopping by the Pryor band room to view the awards the band has received over the years. There are quite a few "Sweepstakes" displays, for bands that earned a superior rating at state contests in Marching, Concert, and Sight Reading, a notable accomplishment for the director and the students.